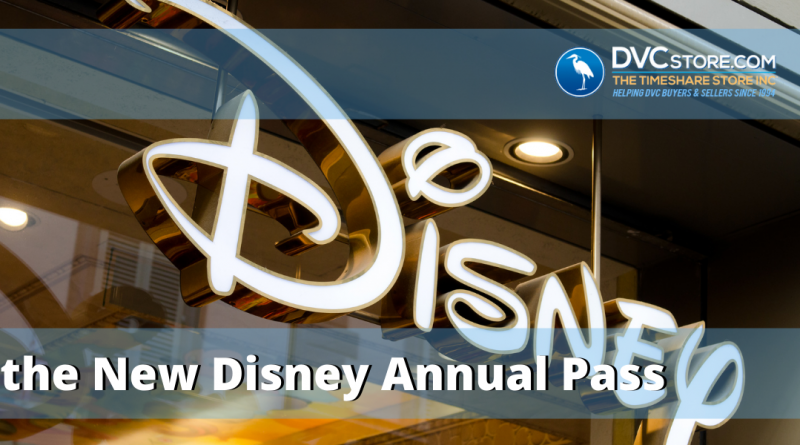 In 2021, both theme parks finally did just that, unveiling new annual pass options. Disneyland even went so far as to change the name of the program.

We have a lot to process here. So, let’s talk about the new annual passes at Walt Disney World and Disneyland.

Technically, the Happiest Place on Earth no longer sells annual passes. So at Disneyland, you’ll purchase something called a Magic Key instead.

Don’t let the name change confuse you. That’s a branding decision more than anything else. You’re still purchasing theme park admission for a calendar year.

The Magic Key program comes in four forms. Only one of them is available to guests outside the state of California, though.

I presume that most of you don’t live in California, but let’s quickly look at the other two options.

The cheapest Magic Key, the Imagine Key, costs $399. You can pay for it outright or make a down payment of $179. Afterward, Disney would bill you $19 monthly.

For that price, you receive:

Disney states that the Imagine Key is “only available for Southern California Residents living in zip codes 90000 to 93599.”

The Enchant Key grants the holder the following privileges:

Disney has posted the blockout calendar for all its Magic Keys. You can get a better idea about theme park access on this page.

The Other Two Magic Keys

All California residents can purchase the second-best Magic Key, the Believe Key. It costs $949 or $179 plus $65 per month.

The Believe Key grants you the following amenities:

You’ll have your choice of many more visitation dates with the Believe Key compared to the Enchant or Imagine Key.

However, many Saturdays remain unavailable, and some of the busiest weeks on the annual calendar include total blocked-out periods.

DVC members who don’t live in California have only one option, and it’s the most expensive one, the Dream Key.

For that price, you receive superior amenities. They are:

As a reminder, you can book a Park Pass for any day when you have a coinciding official Disney resort reservation.

So, the Park Pass options I list are in addition to any DVC hotel booking you’ve made.

If you purchase during the first 66 days of the Magic Key program, you’ll receive a “special welcome package.” The clock started on August 25th, but you still have some time.

Also, please be aware that Magic Key owners have received some unannounced perks.

To wit, from September 20th through October 7th, you can ride Haunted Mansion Holiday after the park closes on specific dates.

Florida’s version has altered some of the amenities. The PhotoPass and the Water Parks and Sports options now cost $99 each.

So, if you had both of those in the past and want to keep them, you must add $198 plus tax to the prices I’m about to discuss.

Also, two of the four passes are only available to residents of the Sunshine State.

Disney has priced the least expensive option, the Pixie Dust Pass, at $399. Purchasers can make a down payment of $205 and then pay $19 monthly.

For that price, you receive:

This means that Disney will sometimes show dates on the annual calendar when you can book a Park Pass that won’t count against your allotment.

Let’s say that you already have booked three Park Passes on the Pixie Dust Pass plan. If you notice a bonus reservation date, you can book it, too!

You can also evaluate the blockout dates at this link.

Here are the applicable blockout dates.

Realistically, as a DVC member who doesn’t live in Florida, you’ll only have two options among the new annual passes.

One of them is only available to Florida residents and DVC members. It’s the Sorcerer Pass, which costs $899 or $205 down plus $63 monthly.

For that price, you’ll receive:

Remember to add $99 plus tax to the price if you want either PhotoPass or Water Parks and Sports or $198 plus tax for both.

So, yes, the price of the new equivalent to the former Gold Pass has gone up considerably. You do gain more control over what you’re willing to pay for, though.

Also, keep in mind that any DVC reservations you’ve made don’t count against your five Park Pass allotment, which is a nice bonus.

Still, you’ll face these blockout dates with the Sorcerer Pass. The only way to avoid that concern is to go all-in and purchase the Incredi Pass.

Disney charges $1,299 plus tax for this annual pass. You can make the $205 down payment and then add recurring monthly charges of $99, though.

For that money, you’ll receive:

You have plenty to process here, and there’s no wrong option. I mean, you’ll be at Disneyland or Walt Disney World a lot no matter which annual pass you pick.

Personally, I’d owned the Gold Pass for a while before upgrading to Platinum Plus a couple of years ago.

In looking at these options, I’m leaning toward the Sorcerer Pass, which downgrades me down to the former Gold Pass level again.

My family doesn’t spend Thanksgiving or Christmas at the parks, which is the primary benefit of the Incredi Pass at the moment.

Whatever you choose, please remember this vital piece of information. You ALWAYS have the option to upgrade your existing tickets at a Disney theme park.

So, if you buy a lower-tier option and decide you aren’t satisfied, you can upgrade later.