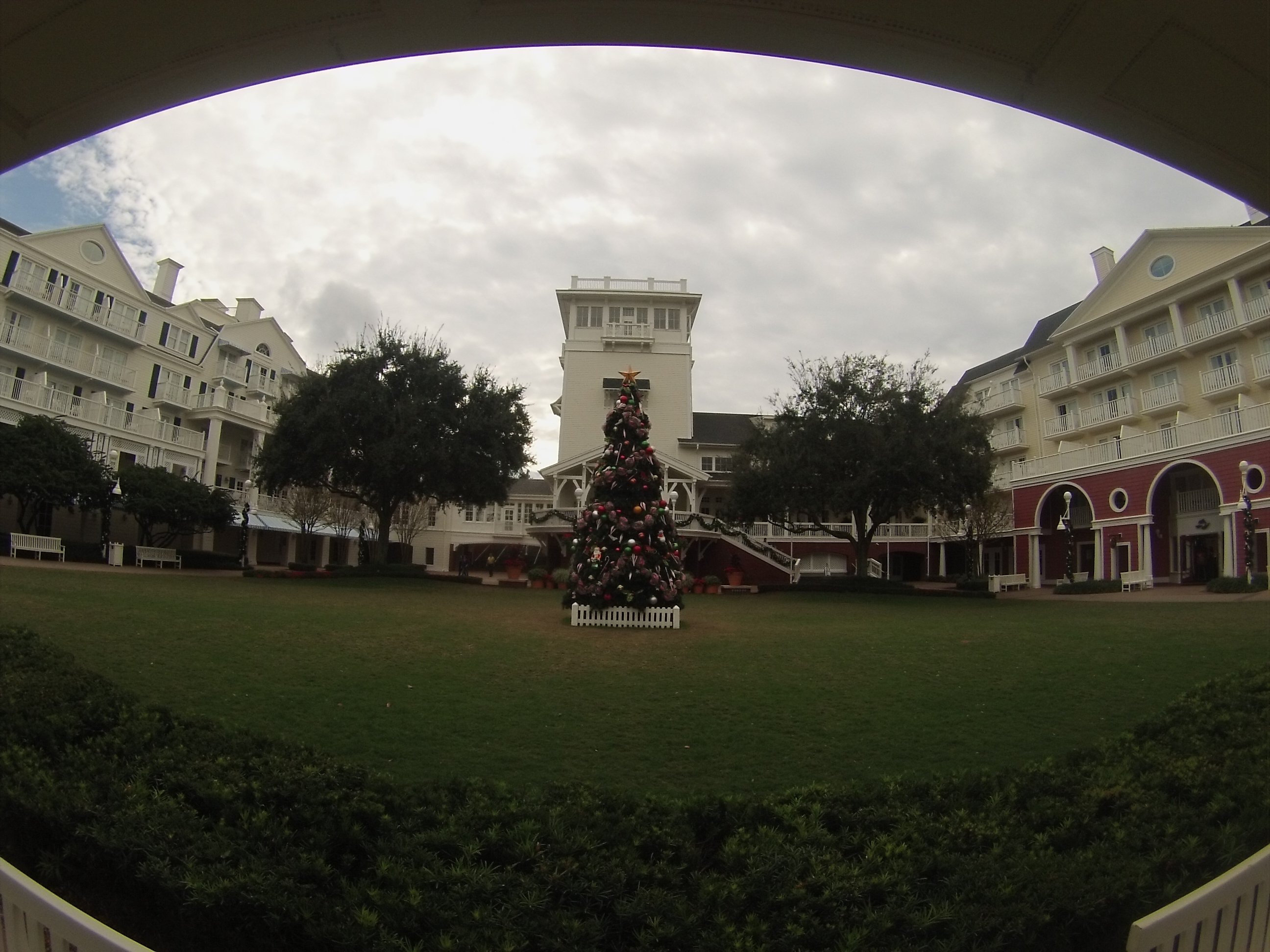 It was the Summer of 2015 and I had been dating my future wife for almost a year.  When we met, we had yet to express our collective love for Disney World to each other, but that was about to change.  I had just bought a house, but we had never really gotten away together a few day trips, so I asked her where we should go.  She said with a smile, what about Disney World? I didn’t even have to think twice about it, we both hadn’t been in many years so it seemed like the perfect idea.

We looked over some dates and decided that the week before Christmas would be the ideal time.  We would both be turning 30, myself at the end of November and her just before Christmas.  Although she was long accustomed to birthday and Christmas presents being combined, this seemed well worth it.  And hey, we’re from Massachusetts, so any thought of escaping the cold for a week in December would be a relief.

I think anyone planning a Disney vacation can attest to the excitement of just going to the website and beginning to plan.  She had taken a few trips as a child and in her teen years and stayed at some of the value resorts and the campground, which made sense for her large family.  I, on the other hand, stayed mostly at the Caribbean Beach when my parents brought my cousin and .

I thought about the one time that my mother had a conference and we stayed at The Dolphin.  We looked out on the entire Boardwalk area in awe and may have even breached the security layer of the Beach and Yacht Club pools on one occasion in the years before it had been completely sealed off from non-guests.   My mother had another conference some years later and my parents saved up to stay at the Beach Club for one night, back then it was going for $300 a night!  Still, my parents wanted to splurge on something nice, even if it was just for one night.

My better half had never heard of any of these places, not even the Boardwalk area as a whole.  It was difficult to explain how good it was just through pictures.  I remember looking across Crescent Lake at the Boardwalk resort all lit up at night and always wanted to stay there.  She trusted my judgment and it was booked.  After a ton of overtime shifts, I knew I could afford to stay there, we would be two thirty year old kids having a lot of fun after-all.

December came and the excitement of leaving for Disney felt no different than when I was ten.  We landed and took the Magical Express which stopped a few other places before it got to the Boardwalk.  I’ll never forget her face when the bus pulled up in front of the resort, she looked like she was in shock.  The truth is, so was I.  It looked larger than life and the Christmas season made it all the more magical.

The entire trip was great!  The room was ready early and we were free to explore new attractions that we’ve never experienced and the old ones that brought back the nostalgia of our childhoods.  I remember our first day in Epcot when she asked me what time we should get to the boat to get there.  She didn’t believe me when I said that we could just walk right over, just another plus factor when staying in the Boardwalk area.

One night, Mickey and Minnie made an appearance in the lobby.  She wanted to wait in line for a picture, but I felt a little embarrassed now that I had hit the big 3-0 so I stood in the lobby and struck up a conversation with the man sitting at the DVC desk.  I told him what a wonderful time we had on our vacation and how much we loved the resort.  He began asking if he thought we would return to Disney World often.  I was already in the midst of the greatest vacation I had in years, so I thought that of we would be back.   In the most ‘non-pushy’ way possible, he explained the numbers to me and it seemed to make sense, but of course, math was never my strongest subject.  He set me up with a meeting on the following day right at the Boardwalk resort and I figured it would be worth a listen.

We met with a vacation adviser who explained everything.  Honestly, he mentioned all of the places that we could travel, but I really enjoyed all of the pictures he showed of all of the Disney resorts.  I took it in as I have never been one to make a rash financial decision.  My mother works in finance which is a valuable asset.  I told him I would it over but I think he knew I wanted to buy in right then and there.  Then again, I was about to pay $15,000 and I knew that I may be a bit persuaded because I still had Disney fever from the trip I was on.

I told him I wanted to run it by my mother….ahem my financial adviser….to crunch the numbers.   I was a little taken back when he alluded to me as a momma’s boy, but hey, it’s my money and I wanted to be sure I could afford it.  We flew back a few days later and the numbers were crunched.  I could afford it and it seemed the investment, with our love of Disney, would be worth it!  I called our adviser back and the paperwork went smoothly.  I was the official owner of a 100 point contract at the Polynesian!

Since then, we have been back several times.  We have done some split stays and shorter stays when we are visiting some family that in Florida.  So far, on our relatively small contract, we’ve stayed Old Key West, Saratoga Springs, Bay Lake Tower,  The Polynesian, Boardwalk Villas, Copper Creek Villas and soon we have booked a few days at Kidani Village at the Animal Kingdom Villas.

Oh and here’s the best part for last.  We were married on the beach of the Swan in January of 2019 while using a split stay to house some family.  My parents also bought in and utilized a two bedroom at Old Key West for additional family.  I guess you could say that we were a match made in Disney that will be coming back for the next 50 years….give or take!