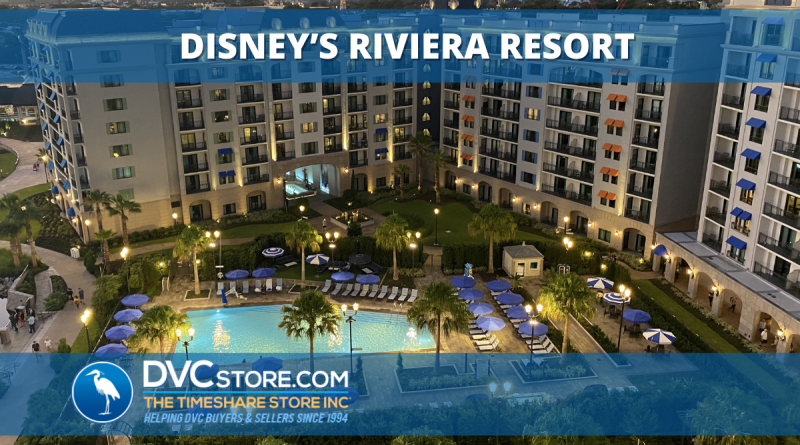 Unless you’re an early adopter, one Disney Vacation Club Resort probably remains a mystery to you.

DVC opened Disney’s Riviera Resort to the public in December of 2019. That was an entire pandemic ago!

Since many people chose not to travel for 18 months, odds are fairly slim that you’ve actually stayed at this Disney club location…but you should!

Here’s what you should expect during a stay at Disney’s Riviera Resort, the stunning new hotel in the Disney vacation program.

Usually, I list several ways that you can enter a Disney hotel lobby. But, realistically, you’ll only utilize one of two options at Disney’s Riviera Resort.

Odds are good that you will take the Disney Skyliner to and from the resort most of the time.

Meanwhile, when you arrive on Magical Express or Mears Connect or whatever, you’ll be only a few feet away from the lobby.

With the Skyliner, you exit and walk through a gorgeous covered area to reach the hotel lobby.

However, I should point out that you’ll notice a quirk here. From the bus kiosk, you’ll enter the second floor of the hotel lobby. That’s where the action is.

From the Skyliner, you’ll enter on the first floor and must make a quick turn to take steps up to the check-in area.

The process sounds confusing, but you’ll get used to it after only one visit.

The first and second floors are otherwise relatively interchangeable, with a restaurant and shop on one and another restaurant on the other.

Imagineers themed the resort to mirror the European vacations that Walt, Lillian, and Roy Disney took during the 1930s.

In fact, you’ll find several photos from those pictures adorning the walls throughout the main building.

The artwork at the resort is so good that La Boutique, the gift shop here, comes with an Art on Demand kiosk.

Any piece of art that you love from your room or the rest of the hotel is available for purchase through this kiosk!

Yes, this resort’s theming is so gorgeous that Disney has monetized the décor!

Hanging Out at Disney’s Riviera Resort

Navigating the Riviera isn’t challenging at all. Everything is located in one wide stretch of land, meaning that you can find it all quite easily.

Perhaps the best comparison I can make for those who haven’t visited is Bay Lake Tower at Disney’s Contemporary Resort.

Like that property, the Riviera goes east/west and up/down rather than consisting of many small buildings like Disney’s Old Key West Resort.

You’ll either stay in the East Wing, the West Wing, or the center section at the Riviera.

Most of the rooms face either the pool area, the parking lot, or the Disney Skyliner area.

With one glaring exception, the DVC Points Chart here only lists Studios and Villas. The resort amenities here are world-class, though.

You’ll find two pools at the property, one of which, the Beau Soleil Pool, is targeted toward adults. It’s the resort’s quiet pool. A Disney vacation planner would point this area out to couples, especially around romantic seasons, as a highlight of the resort.

Families – and most guests, really – will spend more time at the Riviera Pool, one of the centerpieces of the resort.

All interior rooms face this pool, looking down at the tall and inviting waterslide that looks like a mini-Matterhorn.

The hotel features a Parisian-style coffee and pastry shop called Le Petit Café, which is perfect for your early morning or late-night cravings.

Primo Piatto has already earned raves for its sandwiches, bakery, and beers.

Still, the star at the resort is Topolino’s Terrace – Flavors of the Riviera. This rooftop restaurant serves haute cuisine with a view.

At breakfast, you can even experience a character meal called Breakfast à la Art with Mickey & Friends, too!

I struggle to discuss the Riviera without talking about the Disney Skyliner. Disney has effectively entwined the two as a matched pair.

So, let’s just go ahead and talk about the park access at the resort in this section. As you may know, the Skyliner’s central station is at Disney’s Caribbean Beach Resort.

The Riviera resides on land that was previously assigned to the Caribbean. You can reach the primary Skyliner hub via the Skyliner in three minutes.

From there, another five-minute trip will take you to Disney’s Hollywood Studios. In other words, you’re only about ten minutes away from the park.

Better yet, the Skyliner includes time certainty, kind of an unprecedented thing at non-monorail resorts.

Barring something unforeseen, you will always reach Hollywood Studios in roughly 15 minutes, depending on lines at the Skyliner stations.

Notably, the Riviera’s Skyliner path resides on the way from the Caribbean to EPCOT. So, that trip is even shorter.

When you want to spend most of your DVC vacation at Hollywood Studios and EPCOT, the Riviera is somehow even better than Disney’s BoardWalk Villas. You don’t have to walk as much!

As for the other two parks, Google indicates that bus routes from the Riviera to Disney’s Animal Kingdom take about 10 minutes in travel time.

For Magic Kingdom, that total is eight minutes. The Riviera has really good logistics.

Interestingly, you may not believe this – and I had to triple-check – but the Riviera resides only 1.5 miles away from Disney Springs.

So, the answer to the original question is that everything is close to Disney Springs!

What Else Should You Know about Disney’s Riviera Resort?

The most significant factor I’ve yet to mention is the Tower Studio room type. As you’ve likely heard, DVC created these mini studios for the Riviera.

Since then, the premise has proven so popular that the upcoming Disneyland Hotel DVC expansion will include them.

The Tower Studio is only 255 square feet in size, which means that it’s a strange, small, and angular room.

Disney knows that you may get claustrophobic. As such, these rooms include patios where you can escape for a bit.

Obviously, the maximum capacity is two people. But, even then, you better really like the other person because there is no getting away from them.

On the plus side, Tower Studios only cost 80 percent of the DVC points you’d need to book a Standard Studio.

Speaking of which, you can book two different kinds of Studios and Disney Villas here. Those are Standard and Preferred.

Given the earlier descriptions, you can probably figure out what the deal is. With Standard, you’ll likely receive a parking lot view.

When you book Preferred, you’re likely to receive a view of either the Riviera Pool or Caribbean Beach.

Whether that’s worth the DVC points cost to you probably depends on how much time you expect to spend at the resort.

I will say that all my friends and family who have stayed at the Riviera loved it so much that they wound up hanging out there quite a bit.

Even when we’re not staying here, we’ll sometimes make it a part of a park day at Hollywood Studios.

That park’s restaurants are a bit suspect compared to the options at the Riviera. We think it’s an excellent way to take a break from the parks and enjoy a picturesque resort.